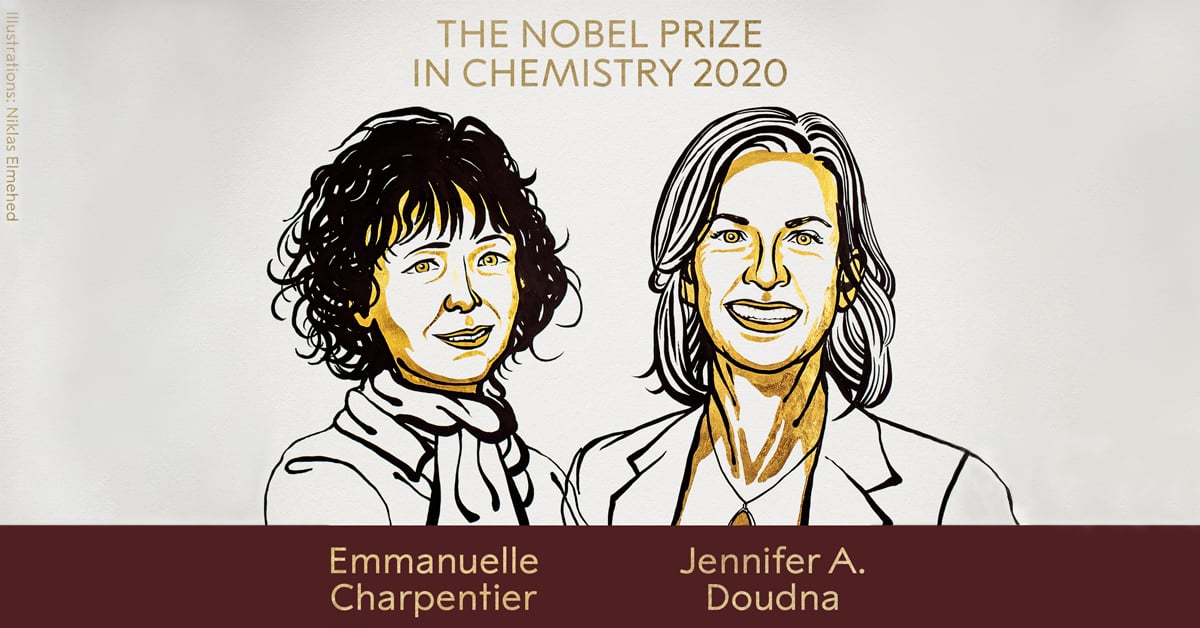 “I wish that this will provide a positive message specifically for young girls who would like to follow the path of science... and to show them that women in science can also have an impact with the research they are performing”.

This is the message to women by Emmanuelle Charpentier, the researcher who shared equally with Jennifer A. Doudna one of the most coveted prizes: the Nobel Prize in Chemistry 2020, for the discovery and development of CRISPR/Cas9.

The fact that the Nobel has been awarded to two women is unfortunately a rarity: since 1901 only 58 women have received the award compared to 876 men, about 7% of the total. Beyond the Nobel Prize, gender disparity is an increasingly topical issue that affects many sectors and spares virtually no nation.

By gender gap we mean the gap between men and women in many areas; according to the latest Global Gender Gap Report of the World Economic Forum, women everywhere in the world are still discriminated against in terms of economic remuneration, job opportunities, access to education and care.

In the academic field, the so-called “Matilda Effect”, named after the American activist and writer Matilda Joslyn Gage, is exemplary. Analyzing numerous articles published in scientific journals, Margaret W. Rossiter observed that the work done by female scientists had fewer citations than similar work done by male colleagues. The genre of the author would therefore have influenced the diffusion of the research work. This aspect is very important if we consider that, for example, the number of citations of one’s work is crucial in the competitions to access and progress in university roles.

In 2016, theInterfaculty centre for gender studies was inaugurated at our University, a center with the aim of promoting, developing and coordinating studies and gender research carried out within our University. Among the aims of the Center, researchers also investigate the phenomenon of the gender gap and study to understand what it possibly implies and propose ways to avoid this bias.

Is Doudna and Charpentier’s Nobel prize a step towards gender equality? What actions can be taken to bridge this gap?

We talked about it with Prof. Sonia Levi, Full Professor in Applied Biology and member of the Board of Directors of the Center and with Prof. Valentina Di Mattei, Associate in Clinical Psychology and member of the Management Committee of the Center; they both answered the following questions, each according to their own personal and professional sensitivity and experience. A calm and reasoned reflection in the light of the themes that the Center explores.

What does this victory represent in terms of gender equality?

Sonia Levi: It is certainly positive news but it does not change what today’s reality is, the gap is deep and it will take much more than a Nobel prize won by two women to fill it.

Let’s say that this time there were no conditioning and the award went to those who deserved it, we hope that this is the logic that will continue to prevail in the future.

Valentina Di Mattei: This recognition offers the opportunity to address a subject that is as well known as it is undervalued. Only in recent years there has been an awareness of this but often the risk is run of being confined to an abstract debate that everyone virtually agrees on.

The difficulty can arise when trying to concretely translate intentions into equal opportunities, to challenge established habits and attitudes even in the places that should be the “forerunner”: cultural and scientific institutions, hospitals, boards of directors. In everyday life, words are not always followed by facts with adequate consistency.

For this we still need “heroines”: women who become a symbol and emblem of a process that will stop only when there is no need for them.

So this Nobel Prize comes back to talk to us about a challenge that is still particularly difficult to “win” as women and it is good to take every useful opportunity to open a constructive reflection on the matter. Gender equality is distant both at the upper levels of the social fabric, which statistically concern the “few”, but also in the other, even less visible, layers. A Nobel Prize to a woman can therefore have positive effects for all. 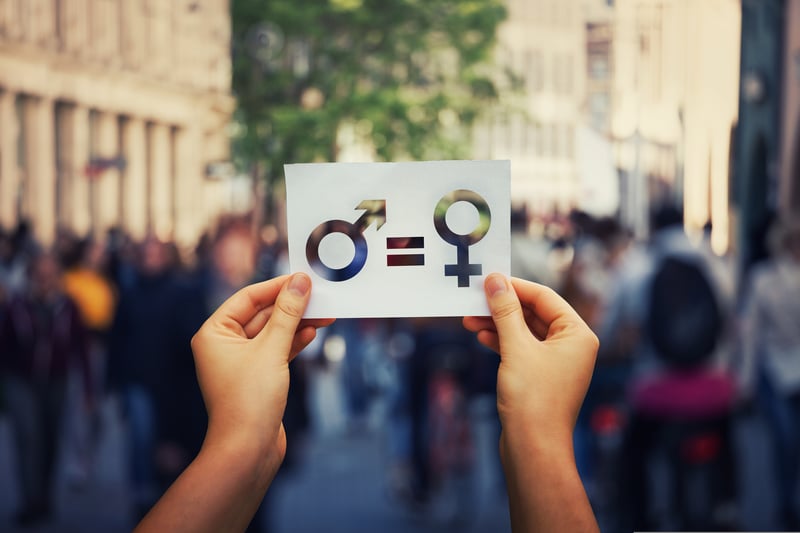 In the history of the Nobel Prizes, only 7% of the winners are women. How to read this number?

S.L.: In my opinion there are several factors that affect this data:

The reasons are various, not everything depends only on men: it will take a lot of work to change these negative factors.

V.D.M.: Historically, since the first assignment, only 58 women have received the Nobel and among these only 24 in scientific disciplines. Men were awarded nearly 21 times more.

Among the factors contributing to this gender discrepancy in the awarding of Nobel prizes we find a lower percentage of women working in the STEM (Science, Technology, Engineering and Math) areas, an aspect that can in turn be associated with some elements highlighted in the analysis of the phenomenon: lack of female role models, gender stereotypes and less family flexibility in favor of women.

Sven Lidin, president of the Nobel Committee for Chemistry, in 2016 expressed himself in this regard by commenting on this number as “inappropriately low” but logical from his point of view if we consider that to verify and recognize the real effects of a phenomenon it is necessary to time.

According to this analysis, we would now see the outcome of changes that began two or more decades ago. If we consider the last ten years, in fact, the number of women awarded is definitely increasing, arriving precisely at the exceptional assignment for chemistry in 2020 to two women: Emmanuelle Charpentier and Jennifer A. Doudna. The trend observable in recent years therefore seems only an anticipation of a trend towards gender equality, with the reasonable hope that it will become more and more established.

Not only Nobel Prize: in many other awards the winners are mainly men. What actions can be taken to bridge such gender gap?

S.L.: It is necessary to act on the conditioning that society imposes and try to change the cultural setting that still exists for which a woman must take care of the children and not the work. This cultural change must be implemented in schools of all levels, so that it is acquired as children and can then mature in adults, without it being experienced by women as a fault. Something is slowly changing, it is true, but it will take a long time to reach this goal.

For this reason it is essential to try to encourage young female students above all to study science in all its fields, in order to dispel the preconception that “it is not for them” and that “they cannot make it”, as I have often heard from many young women. 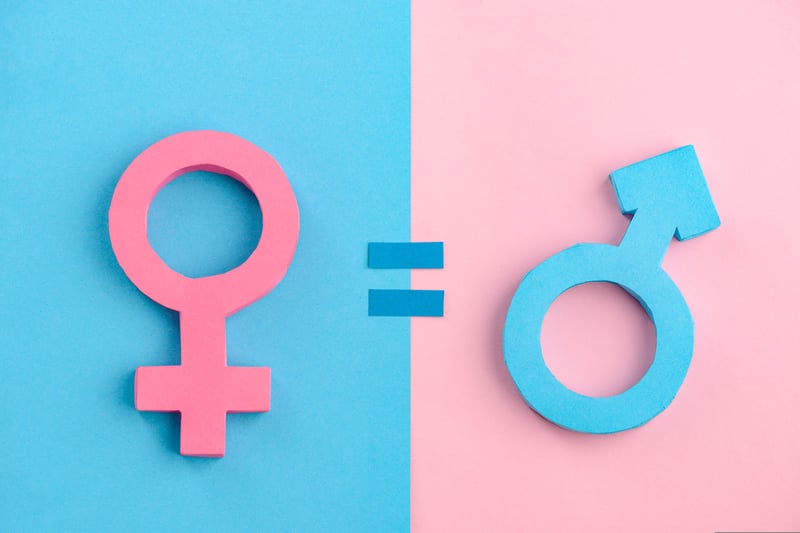 V.D.M.: It is important to work first of all on a preventive, educational and awareness-raising level to reduce gender stereotypes. Stereotypes or cognitive biases are independent of direct experience, but are constructed by attributing characteristics to an individual or a group.

Each stereotype is easily transmitted and easily learned, for this reason it is important to convey the right messages so that society can promote mutual respect, inclusion and the enhancement of diversity. 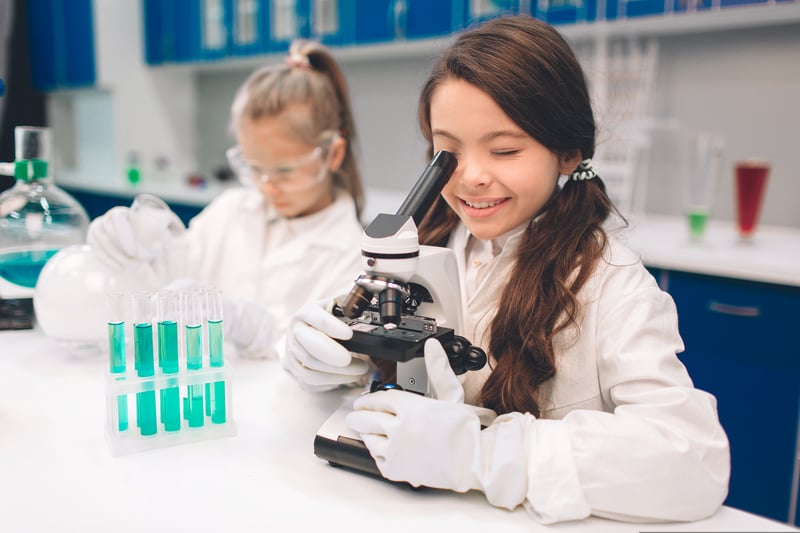 It is therefore essential to act through communication and awareness, even in the school and family environment, so as to be able to operate in environments in which norms and values ​​are assimilated and internalized, to promote the culture of gender equality from childhood in order to stem and in the future eradicate stereotypes and prejudices.

To do this, there are gender education courses in schools but also university courses such as those that our Gender Center offers within the University. From a work point of view, on the other hand, it is necessary to operate in terms of protected and reserved paths for access, integration and the assumption of managerial roles for women, especially in the scientific world.