Diabetes in young adults: how to recognize and face it

Diabetes in young adults: how to recognize and face it

World Diabetes Day is celebrated annually on November 14, in memory of the birth of Canadian physiologist Frederick Banting, one of the discoverers of insulin (1921).

World Diabetes Day is a diabetes awareness day, with the aim of educating about the prevention and good management of the disease. In particular, young people seem to be increasingly affected: not only type 1 diabetes (the so-called "juvenile diabetes"), but also type 2 diabetes, originally typical of adulthood, is now widespread among young adults and adolescents . How to recognize the signs of diabetes? How to fight stigma and lead a normal life?

Glucose, the primary source of energy

Glucose represents the primary source of energy for living organisms; it is a metabolic fuel essential for the functions and survival of all mammalian cells. Glucose is a hydrophilic molecule (it dissolves in water) that circulates freely in the blood; however, it cannot cross the cell membrane which is hydrophobic in nature (it does not bind to water) as it is made up of lipids. Therefore, to enter the cells of different tissues such as muscle or liver, glucose needs the action of a hormone, insulin, which is produced by beta cells located in the pancreas.

When the beta cells in the pancreas do not produce insulin, or the body is unable to use it, we talk about diabetes mellitus.

Diabetes mellitus is a family of metabolic diseases, characterized by the accumulation of glucose in the blood, a condition called hyperglycemia. Diabetes is one of the most widespread chronic diseases in the world, particularly in industrialized countries.

There are numerous types of diabetes triggered by several factors:

The two most known and frequent variants are type 1 diabetes and type 2 diabetes, etiopathogenically very different diseases. The form that most affects young people, with a prevalence of 0.5%, is type 1 diabetes, also called juvenile or insulin-dependent diabetes. Type 1 diabetes has an autoimmune origin: the beta cells of the pancreas that produce insulin are attacked and progressively destroyed by self-reactive cells produced by the body itself. This type of diabetes is also called "insulin-dependent" because, for the survival of those affected, a therapy based on daily insulin is required.

The most common form of diabetes mellitus, which affects about 90% of all diabetic patients, is type 2 diabetes, characterized by insulin resistance: insulin is present in the circulation, but the tissues do not respond adequately to its action. Type 2 diabetes is closely associated with weight excess which causes the beta cells of the pancreas to produce more insulin to compensate for the accumulation of glucose in the blood. Originally typical of adulthood, type 2 diabetes has been affecting more and more young adults and adolescents in recent decades.

The destruction of beta cells that occurs in type 1 diabetes leads to a lack (up to the absence) of insulin in the circulation, and therefore to an increase in blood glucose levels. Glucose is eliminated from the body through urine, taking plenty of water with it. In fact, one of the first symptoms of diabetes is the frequent urge to urinate and intense thirst.

Another symptom is the sudden weight loss despite an increase in the sense of hunger. This is due to the fact that the body, unable to use the glucose found in the blood, seeks alternative energy, obtaining it from the fat deposits, resulting in weight loss and the formation of ketone bodies. The excess of ketone bodies in the blood, called ketoacidosis, causes the onset of severe symptoms that require hospitalization: loss of concentration, blurred vision, breathlessness, nausea and abdominal pain.

When those symptoms manifest, or you think that your child is manifesting them, it is necessary to contact the doctor immediately in order to perform the blood glucose measurement quickly. In these cases, in fact, timeliness is important to prevent more serious manifestations of the disease.

The symptoms of type 2 diabetes, which are also secondary to hyperglycemia, can be superimposed: chronic fatigue, thirst, the need to urinate often, blurred vision. Often, however, unlike type 1 diabetes, in the early stages of the disease there are no obvious signs as insulin, being still present in the circulation, causes modest hyperglycemia. In fact, the patient with type 2 diabetes can discover his disease by chance, by performing routine laboratory tests that show fasting hyperglycemia> 126 mg/dL.

Preventing or delaying diabetes: the state of research

At the moment, type 1 diabetes cannot be prevented as the risk factors that, in a context of genetic predisposition, trigger the autoimmune reaction are still unclear. However, it is possible to identify those at risk of developing type 1 diabetes in those with multiple antibodies to pancreatic beta cells.

There are some experimental drugs that have shown a good ability to delay the onset of type 1 diabetes in subjects at risk. Over the next few years, larger case studies will allow us to demonstrate whether type 1 diabetes can be delayed or even prevented. Type 2 diabetes, on the other hand, can be prevented by adopting a healthy and balanced lifestyle. In fact, it has been shown that constant physical activity associated with a healthy diet can reduce the incidence of type 2 diabetes by 60%.

The young diabetic can and should live a normal life: going to school, going out with friends, playing sports, etc. Living with diabetes and daily insulin therapy, especially for a child or teenager, may not be easy. The first reference figure must be the diabetologist, who has the task of instructing and supporting the family on the management of therapy and the devices used for administering insulin.

The second step is to educate the community that surrounds the young person: the role of teachers, colleagues and friends can represent a great moral support for the young adult and help them to manage emergency cases such as hypoglycemic crises. An information campaign on the different types of diabetes, on the correct lifestyle and on the management of the disease from the first years of school is functional to spread awareness and acceptance of this disease. 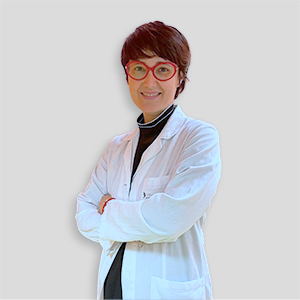 Alessandra Petrelli, Project Leader of the Tissue & Systemic Immunity laboratory of the San Raffaele Hospital, is a research doctor, specialized in Internal Medicine at UniSR in 2013. After spending a year at Harvard Medical School in Boston (USA) and four years at the University Medical Center of Utrecht (Netherlands) to deal with biomedical research in the fields of diabetes and immunology, she has decided to return to Italy and has chosen the San Raffaele Hospital to continue her scientific studies. Alessandra loves valuing people, making them grow, watching them become independent individuals with critical thinking. Her goal is that everyone, including non-experts, understand what research is, what the scientific method consists of, and why research, by generating knowledge, lays the foundations for an optimistic vision of the future. For this reason she collaborates with a group of scientists devoted to explaining in simple terms the daily progress of scientific research and fighting fake news on COVID-19. In her actions Alessandra is inspired by the words of the first woman to win a Nobel Prize, Marie Curie, who said "Nothing in life should be feared, it should only be understood".

Healthy eating after the holidays