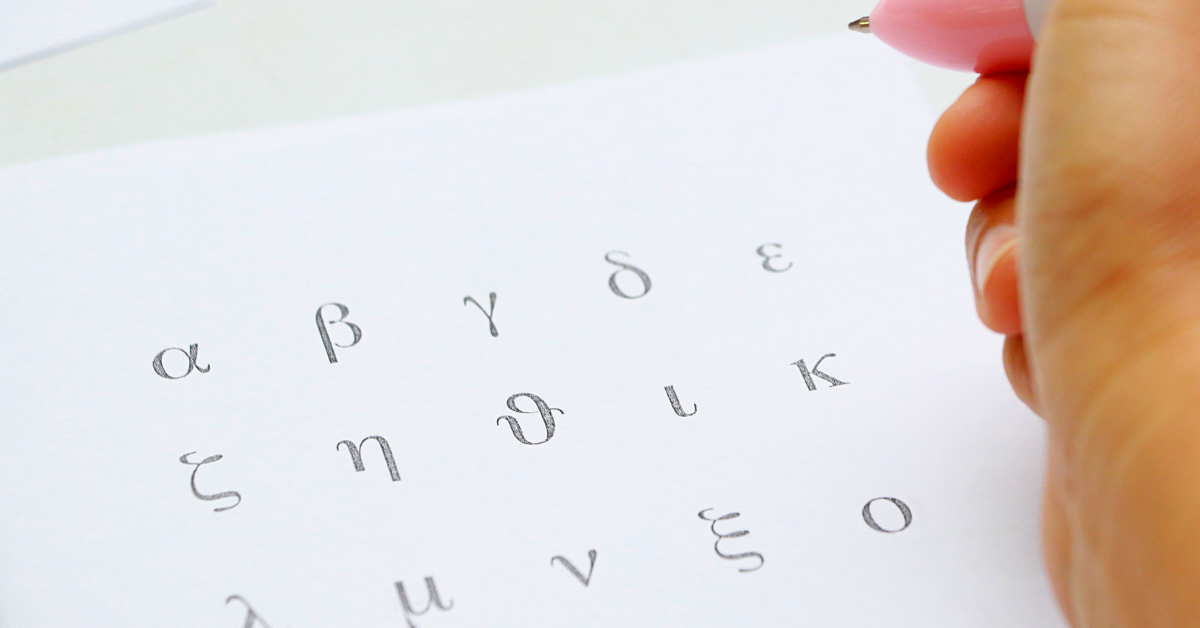 The World Health Organization (WHO) has announced that variants of SARS-CoV-2 will have a new nomenclature.

Until now, in common parlance, variant names had been associated with the countries in which they were initially detected: an understandable attitude, in a moment when new data are continually emerging to be communicated quickly. However, associating viruses with geographical and cultural references is not only a scientifically inaccurate practice, but above all it carries the risk of stigmatizing countries and people.

For this reason, WHO has established that each variant will be labeled using letters of the Greek Alphabet: no longer the "English", "South African", "Brazilian" variant, but Alpha, Beta, Gamma, and also Delta and Kappa to identify the two subtypes of the "Indian" one, and so on for the other variants identified. 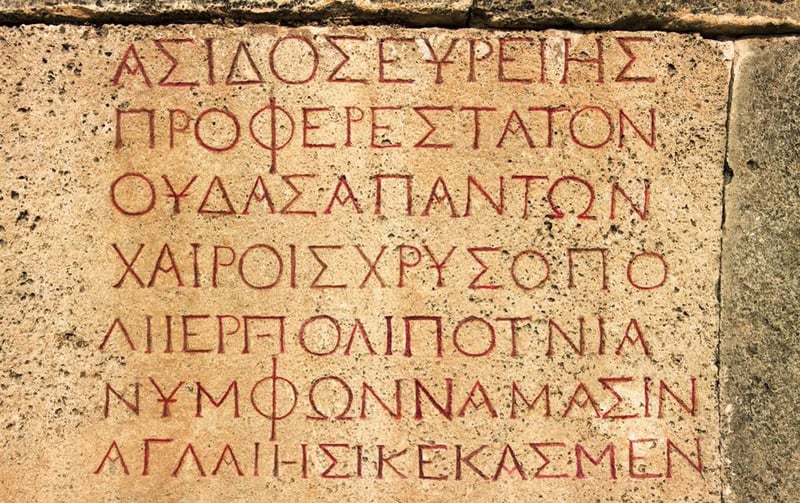 One wrong name, many consequences

The choice of a suitable name for new pathogenic organisms and their respective diseases is not trivial, and the risk of stigmatization is more real than it seems. There are numerous lessons from the past on misunderstandings and negative connotations due precisely to an erroneous denomination.

For example, AIDS, the disease caused by HIV, was initially called GRID (Gay-related immunodeficiency): a definition that helped to give a sense of false reassurance to the heterosexual community, which for some time believed it could be immune to contagion.

Middle-East Respiratory Syndrome (MERS), named for its onset in the Middle East, was hardly identifiable when it arrived in South Korea in 2015.

The "Spanish" flu caused over 50 million deaths in the two-year period 1918-1919 alone, and it was mistakenly believed that the virus was spread only in the Iberian Peninsula; the name was chosen instead because the newspapers of Spain (a neutral country at the time) were the first to be able to freely report the consequences of the disease during the war.

Mindful of these (and many other) examples, at the beginning of January the WHO convened a meeting dedicated to the emergence of variants of SARS-CoV-2; among the points being discussed, also the drafting of a coherent and universal naming system. In the absence of shared guidelines, research groups around the world had developed different nomenclatures: agreeing on a common nomenclature is instead important to allow researchers to communicate and understand each other more effectively, and to prevent any kind of stigmatization. 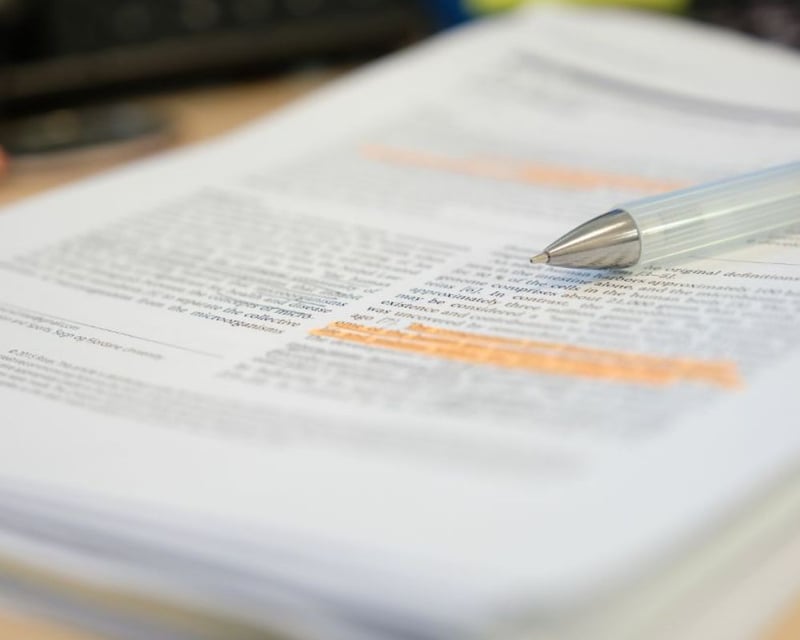 Variants of SARS-CoV-2 will continue to be distinguished into Variants of Concern (VoC), highly contagious, and Variants of Interest (VoI), i.e. kept under control but not considered of particular concern at the time of their identification. VoC and VoI will keep the names under which they are registered by researchers in databases such as GISAID, Nexstrain and Pango. The scientific nomenclature will be accompanied by that identified by the letters of the Greek Alphabet.

Thanks to the work of the WHO commission of experts, the four "variants of concern" hitherto known as "English", "South African", "Brazilian" and "Indian" will be called respectively "Alpha", "Beta", "Gamma" and "Delta".

New nomenclature of the "Variants of Concern" of SARS-CoV-2. Modified from: WHO - Naming SARS-CoV-2 variants. Last updated: May 31, 2021. 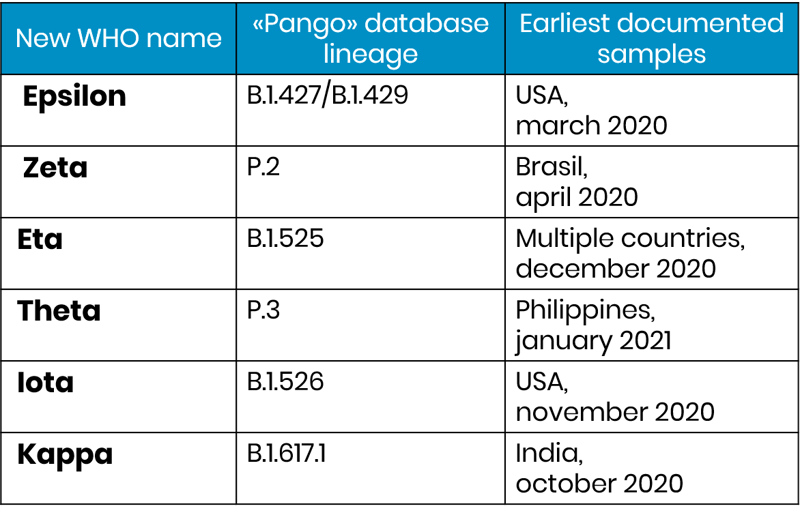 New nomenclature of the "Variants of Concern" of SARS-CoV-2. Modified from: WHO - Naming SARS-CoV-2 variants. Last updated: May 31, 2021.

Scientific research related to the SARS-CoV-2 pandemic and Covid-19 disease continues in many directions, from the validation of ever faster diagnostic tests (including salivary tests), new vaccines (including the Chinese based Sinovac on inactivated viruses) and the search for specific and effective drugs. The introduction of a neutral and rational nomenclature will also help overcome this last formidable attack on the health of the entire human species.