The alterations of the chromatic sense 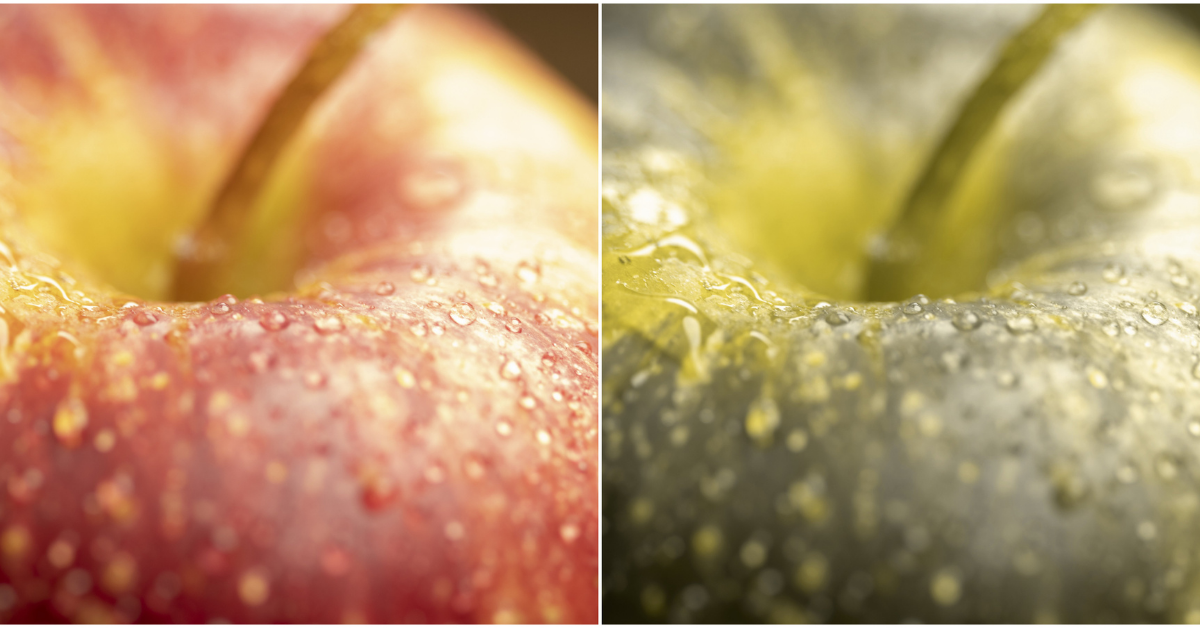 The alterations of the chromatic sense

Color blindness is a visual condition characterized by the lack of vision of some colors: it is estimated that around 300 million people are affected by color blindness in the world (almost as much as the entire population of the United States!). The condition was named after the English chemist John Dalton who, in 1794, being himself affected, studied and described the phenomenon [1]. 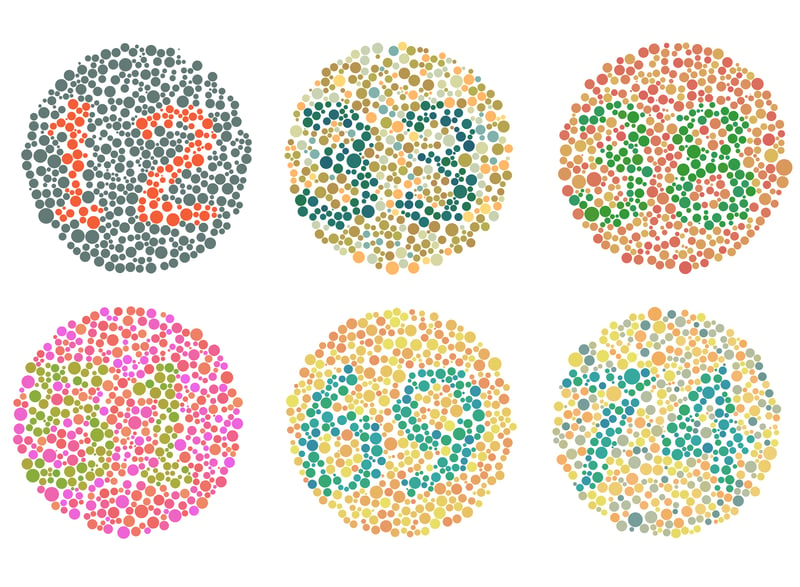 Some examples of the Ishihara test, created in 1917 by the Japanese doctor, one of the best known methods for diagnosing color blindness. The test consists of a sequence of tables composed of images in which a matrix of points of variable size creates a number or a symbol, easily distinguishable to people with a normal perception of colors. On the contrary, patients with alterations of the chromatic sense fail to recognize some or all of the figures contained in the table [2].

The alterations of the chromatic sense are divided into acquired and congenital, only the latter known as "color blindness". They are characterized by an elective deficit for one or two of the colors, while the perception of the other colors remains intact.

The most common forms are on a congenital basis, and the male sex is particularly affected as it is almost always a genetic trait linked to the sex chromosome X.

How many types of color blindness are there? How does a color blind person see? How to correct the defect? Answering these questions are the professionals of San Raffaele, dr. Lorenzo Iuliano (vitreo-retinal surgery service), Maria Lucia Cascavilla (head of neuro-ophthalmology service), Vincenco Starace (doctor in specialist training) and Prof.Francesco Bandello (director of operating unit, UniSR Ophthalmology full professor).

There are different types of color blindness, depending on the color and intensity of discrimination. Partial deficits are defined as anomalies, while absolute deficits are anopsies. In this sense we have:

Acquired dyschromatopsias are instead caused by diseases of the macula or optic nerve. In these cases there is not a real anomaly or anopsy, but rather a reduced sensitivity for one or more colors caused by the suffering of the retinal nerve fibers. As a result, the patient will have poor vision of all colors.

Are you looking for an excellent interdisciplinary training in Molecular Medicine? The UniSR Doctorate, entirely in English, is the one for you. Find out more

How a color blind person sees

In protanopia, the spectrum of visible light is shorter in the red frequencies than normal. That part of the spectrum that normals perceive as blue-green appears in the protanopsia as gray. The entire spectrum of the visible in protanopia therefore consists of two large areas of color (yellow and blue) each separated from gray: all intermediate shades of orange, purple, purple and green are confused.

In deuteranopia, the overall view is not very different from that of protanopia. The green light spectrum is perceived as gray and remains, as for the previous one, a clear vision of blue and yellow, clearly sacrificing green and with some vague persistence of red.

In anomalies, however, there are no frank parts of the spectrum perceived as gray, but rather as a more indistinct hue. Usually the subject is able to perceive all colors but can fail in distinguishing different shades of the same color. 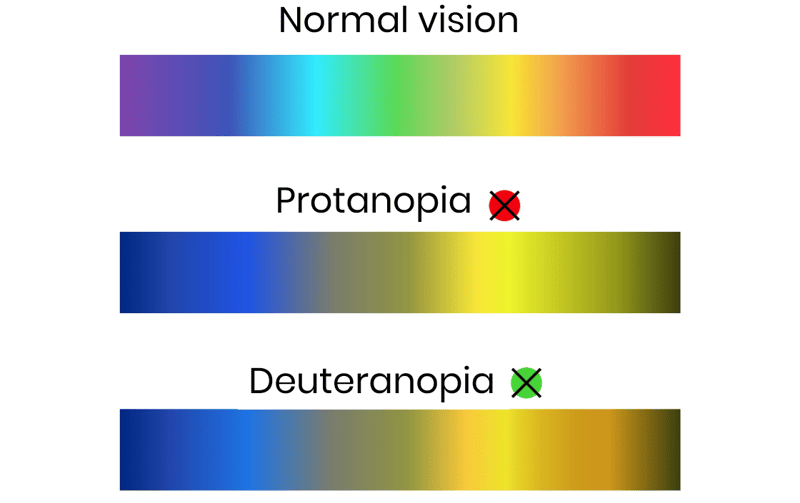 For some years, special glasses with special filters (EnChroma®) have been on the market for people with protan- or deuteranopia. These filters are not able to restore the chromatic sense but rather they can accentuate some differences in the saturation of the ambient colors, making the colorblind subject able to distinguish (rather than perceive) a greater range of colors.

The physical principle is based on an optical lens technology that selectively filters the wavelengths of light at the precise point where color sensitivity confusion or excessive overlap occurs [3].

The dyschromatopia of acquired origin are reversible by treating the triggering cause (maculopathy, metabolic alterations). Congenital forms, on the other hand, have no possibility of treatment. The patient with anopia is not aware of the dysfunction, and it is often discovered by chance in childhood as a result of jarring combinations of colors or errors. However, these deficits do not modify the functional capacity of individuals, who are able to have a perfectly normal life.

Specific applications for smartphones have recently been released, capable of "describing" the colors displayed in the environment, useful mostly for work needs. 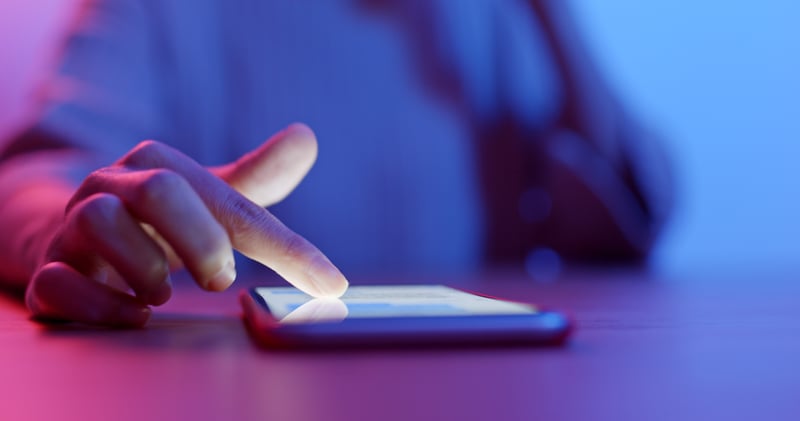 In accordance with its institutional mission, Vita-Salute San Raffaele University is responsible for spreading knowledge, also with reference to the latest innovations in the biomedical field. Consequently, the contents of this article are for informational purposes only: UniSR is not involved in any commercial activity linked to the products/services mentioned in the news.